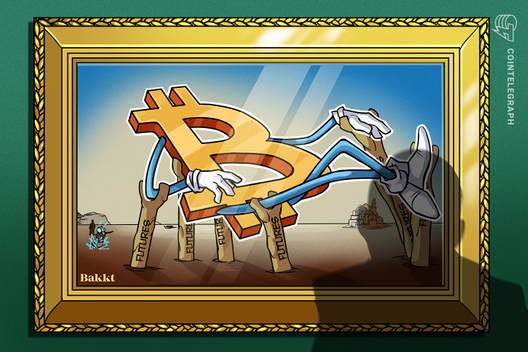 The trading volume of Bitcoin futures on the Intercontinental Exchange’s Bakkt platform reportedly soared to 224 contracts on Oct. 9 — 796% higher than the previous day.

The trading volume of Bitcoin (BTC) futures on the Intercontinental Exchange’s (ICE) Bakkt platform reportedly soared to 224 contracts on Oct. 9 — 796% higher than the previous day.

According to the tracking data compiled by Twitter account Bakkt Volume Bot (@BakktBot) — which is not affiliated with Bakkt but rather with Dutch journalist and cryptocurrency author Gert-Jan Lasterie — the 224 contracts represent an apparent all-time-high for the platform.

A turnaround after tepid launch? 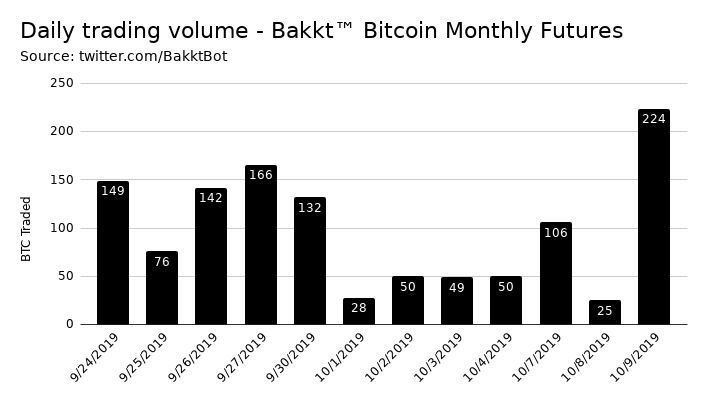 The bot’s data indicates that daily traded volumes of Bakkt’s Bitcoin Monthly Futures contracts soared from just 25 on Oct. 8 to 224 on Oct. 9.

As Cointelegraph previously reported, Bakkt’s much-anticipated contracts — the first of their kind to be physically settled in Bitcoin — went live on Sept. 22.

The platform’s underwhelming volumes in its first week were immediately compared to the fiat-settled BTC futures on CME, which first launched back in December 2017.

In early October, Binance Research, the exchange’s analytics arm, went so far as to identify the sluggish volumes in Bakkt’s early days as a contributing factor to BTC/USD subsequent plummeting from near $10,000 to under $8,000.

At press time, ICE’s data indicates that 59 contracts were traded on the day so far, with the last one trading at $8485.