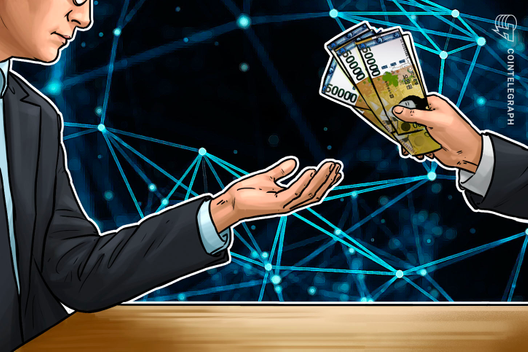 Blockchain company Iconloop has secured 10 billion Korean won (KRW) (over $8 million) to promote its my-ID service and a dedicated alliance.

Blockchain company Iconloop has secured 10 billion Korean won (KRW) (over $8 million) from seven investment companies participating in a Series A funding round.

Per an Oct. 10 announcement, it was Iconloop’s first venture capital investment since its establishment in 2016, with the participation of companies such as Korea Technology Finance Corporation (KOTEC) and T.S. Investment, among others.

Iconloop is planning to allocate the raised funds to launching its blockchain-based digital identity authentication service called “my-ID”. According to the company, my-ID can be used for opening banking accounts without face-to-face verification and “allows for ID authentication information […] to be saved to the user’s mobile phone so that users can reuse said information to open further accounts or access other services that require identification.”

Along with the my-ID service, Iconloop will use the money for further promotion of the my-ID Alliance consisting of 27 organizations from various industries, including banks, security firms, e-commerce and manufacturing companies.

In February, the Seoul Metropolitan Government chose Iconloop’s blockchain platform to issue mobile letters of appointment to its Blockchain Governance Team. At the time, J.H. Kim, council member of the Icon Foundation and CEO of Iconloop, said that the company expects:

“The increase in public blockchain use-cases led by government, and this appointment letter issuance is a starting point to show a clear example of how blockchain can be used in government.”

This summer, news broke that the South Korean capital is looking to release a native city-wide digital currency dubbed S-coin, the objective of which will be to encourage citizens to participate in governance, facilitate cooperation between citizens and collect information.

South Korea’s oldest bank, Shinhan Bank, recently partnered with two other companies to jointly develop a Private Key Management System for its banking services. The first tests of the new systems are expected in October.