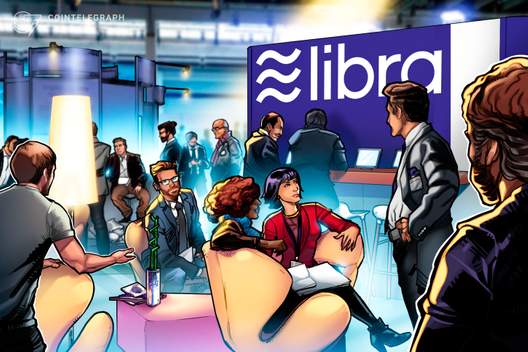 The Libra Association has formed a five-member board and set ground rules for its governance today at a meeting in Switzerland.

According to a report from Reuters on Oct. 14, the consortium reaffirmed their interest in creating a payments-oriented stablecoin that would be balanced by a basked of various, purportedly stable fiat currencies.

In addition to explicitly stating their interest in the project, the consortium’s 21 members also formed a five-member board and agreed to interim articles of association which, according to Swiss law, must describe how the organization will be governed.

Most major decisions will reportedly require a majority vote of the ruling council, while proposed changes to membership or management of the reserve must pass by a two-thirds majority.

Other major payments- and commerce-related firms have left the association, including Mastercard, Visa, eBay, Stripe and PayPal. According to Reuters, the only remaining payments firm in the Libra Association is Netherlands-based PayU, which purportedly does not operate in the United States, Canada and many areas in Africa and the Middle East.

The Libra Association is apparently remaining optimistic about going ahead with the project. Dante Disparte, the head of policy and communications at Libra Association, told Reuters that the recent flight of major backers is “a correction; it’s not a setback.” However, Disparte further admitted that the coin could face delays as regulators continue to scrutinize the project.

Earlier today, United States Treasury Secretary Steven Mnuchin said that the firms left Libra because it was not “up to par” with American Anti-Money Laundering standards. Mnuchin added that, if the project is not compliant when it launches, it could result in action from the Financial Crimes Enforcement Network, which is under the purview of the Treasury.

Facebook CEO Mark Zuckerberg is slated to testify about the project before the House of Representatives Financial Services Committee at a hearing entitled “An Examination of Facebook and Its Impact on the Financial Services and Housing Sectors.”