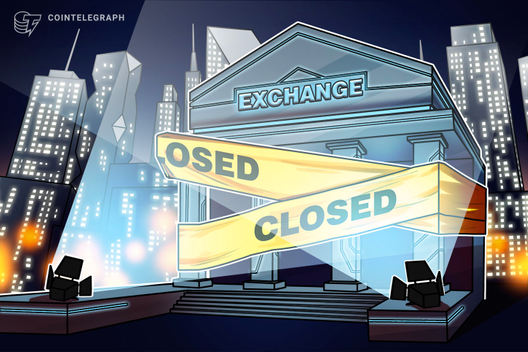 Bittrex International’s trading platform to shut down in Venezuela and 30 other countries on Oct. 29, Cointelegraph en Español reports.

No clear reason for the action

In an email to Venezuelan customers, Bittrex International announced that the exchange will halt account and trading access to users on Oct. 29, asking them to withdraw their funds with the exchange before that date, Cointelegraph en Español reports on Oct. 19.

According to the report, the Malta-based international trading platform of Bittrex has informed its entire user base in Venezuela that it will stop its services for users in the country without citing a clear reason for the action.

31 countries totally banned from the service

However, Venezuela is not the only country that will have to stop using Bittrex’s services this time, according to information acquired by Cointelegraph en Español. The firm confirmed to the Cointelegraph en Español team that it is actually halting the service for a total of 31 countries, including Afghanistan, Egypt, Bosnia and Herzegovina, Cambodia, the Central African Republic, the Democratic Republic of the Congo, Ivory Coast, Tunisia, Ethiopia, Uganda and Yemen.

As previously reported, Venezuela has become more reliant on decentralized cryptocurrencies such as Bitcoin (BTC) in order to avoid sanctions by the U.S. Venezuela’s national oil-pegged cryptocurrency, Petro (PTR), was also purportedly designed to allow the country to gain access to new forms of international financing as well as to skirt sanctions.

Yesterday, another popular U.S.-based crypto exchange Poloniex announced it is spinning out from its parent company Circle to establish a new exchange that will not support trading for customers based in the U.S.