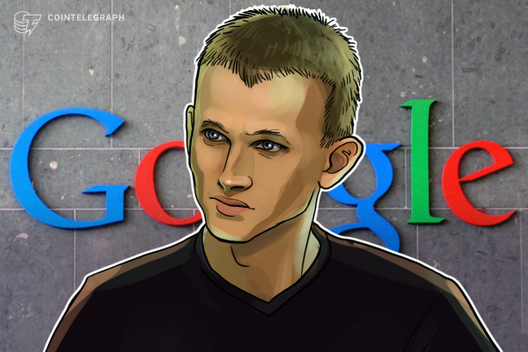 Ethereum co-founder Vitalik Buterin does not think that Bitcoin faces any real threats from Google’s quantum computer just yet.

Ethereum co-founder Vitalik Buterin is not at all impressed by the perceived threat Bitcoin (BTC) faces from Google’s quantum computer.

Buterin took to Twitter on Oct. 23, where he commented on the news that Google had achieved quantum supremacy, meaning that a quantum computer has solved a mathematical calculation that would take any traditional computer millenia to solve. Buterin shared a seemingly snarky analogy:

“My one-sentence impression of recent quantum supremacy stuff so far is that it is to real quantum computing what hydrogen bombs are to nuclear fusion. Proof that a phenomenon and the capability to extract power from it exist, but still far from directed use toward useful things.”

Quantum supremacy has “Bupkis” on Bitcoin

Bitcoin evangelist and educator Andreas Antonopoulos echoed similar sentiments towards Google’s quantum computer at the beginning of October, when he said that the threat to Bitcoin by Google’s quantum supremacy is “zip, bupkis nada:”

“What is the effect on mining and the cryptocurrency world in general? Zip, bupkis, nada, nothing really happens. Quantum supremacy – what Google described – is demonstrating the practical applicability of quantum computers to certain classes of problems. Those classes of problems are not the same class of problem we’re talking about when we talk about breaking cryptography.”

In theory, quantum computers could vastly speed up the process of solving complex calculations and might therefore pose a real threat to Bitcoin’s proof-of-work mechanism, as well as blockchain technology at large. Quantum calculations will be endlessly superior to modern cryptography, in such a way that it could reverse cryptocurrency transactions and possibly gain access to private keys.

Scott Aaronson, a quantum theoretician at the University of Texas at Austin, recently claimed that Google’s quantum computing technology could actually turn out to be a huge help to improve the technology which underpins proof-of-stake (PoS) cryptocurrencies. He wrote on his blog:

“A sampling-based quantum supremacy experiment could almost immediately be repurposed to generate bits that can be proven to be random to a skeptical third party (under computational assumptions). This, in turn, has possible applications to proof-of-stake cryptocurrencies and other cryptographic protocols. I’m hopeful that more such applications will be discovered in the near future.”