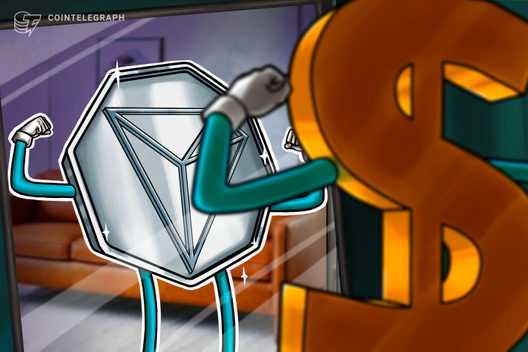 The master of hype and CEO of Tron, Justin Sun, announced that Tron will be partnering with a $100 billion megacorporation no later than next week.

Sun, the master of hype and CEO of Tron, took to Twitter on Oct. 25 where he made one of his infamous announcements in order to excite his followers with a message that barely contains enough details to even describe what the announcement could be about.

This time around, Sun started off by saying that Tron will be partnering with a corporation that would seem to be valued at somewhere $100 billion. He went on to invite guesses. The tweet reads:

“TRON will partner with a hundred billion USD megacorporation next week. It will not only benefit $TRX but all TRC10&20 tokens including $BTT & $WIN etc. It will broadly distribute TRON Dapps and tokens to billions of customers. TBA. Make a guess?”

Sun’s tweet comes at a time when Tron, in sync with the entire crypto market, is experiencing a huge boost in price, showing a massive gain of more than 14% on the day.

At the beginning of September Justin Sun was accused by crypto market commentator Josh Rager of buying 5,000 to 6,000 Twitter followers per day. Rager said at the time:

“Looks like you’re still buying 5,000 to 6,000 followers per day. My favorite stat is how you went from losing net-negative followers per month to gaining 5k followers daily like clock work in late 2018.”

Rager did not stop there, and added: “You’re such a meme. I feel sorry for Tron investors.”

In June, Justin won a charity auction on eBay to have lunch with Warren Buffett, the billionaire CEO of Berkshire Hathaway and a notorious crypto skeptic. Sun’s winning bid was around $4.5 million, the highest bid ever in the event’s 20-year history. However, the Tron CEO was forced to postpone due to medical reasons and recently announced that he would reschedule his charity lunch with Buffett “very soon.”