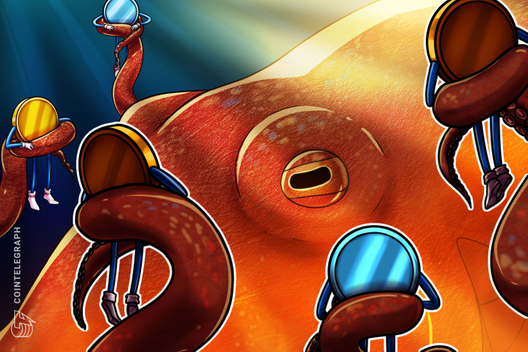 According to a blog post on Oct. 28, the exchange’s users will be able to deposit, withdraw and trade both assets starting Oct. 29. Kraken will roll out trading pairs between OMG and PAXG and Bitcoin (BTC) and Ether (ETH), as well as with fiat currencies such as the euro and the U.S. dollar.

OmiseGO is a finance-oriented scaling network for Ethereum and is powered by the Ethereum-based OMG token. At press time, OMG has a market capitalization of around $150 million and is trading at about $1.06 — up 8.05% on the day, according to data from Coin360.

Earlier this month, OmiseGo became a member of Universal Protocol Alliance, a coalition of blockchain and cryptocurrency-focused firms, to incorporate the Universal Protocol Platform UPT utility token into its payment processing technology. OmiseGo intends to let stakeholders use UP stablecoins for financial services and tax collection, as well as collect transaction fees.

PAXG, an Ethereum ERC-20 token, its value is tied to the real-time market value of physical gold and is currently trading at $1,498.37, per data from CoinMarketCap. Each PAXG token is reportedly backed by one fine troy ounce of London Good Delivery gold stored in professional vault facilities in London.

According to data from Coin360, Kraken is the 12th largest cryptocurrency exchange by 24-hour trade volume, with a reported trade volume of $167.9 million over the last day.