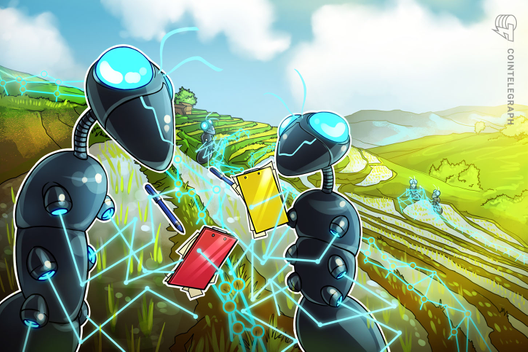 The IADB is piloting three projects to see if blockchain technology can solve some of the most urgent problems of land administration in South America.

The Inter-American Development Bank (IADB) is implementing three different blockchain pilot projects to test if blockchain technology is able to solve some of the problems of land titling and registries.

On Oct. 28, blockchain startup ChromaWay reported that it is collaborating with IADB on a two-year project in Bolivia, Peru and Paraguay on an initiative called “Distributed Ledger Technology (Blockchain): The Future of Land Titling and Registry.”

Chromaway, which has experience in tracking land titles in countries such as Sweden, Canada, India, and Australia, will run the pilots together with Bolivian IT services company, Jalasoft, with the intention to eventually bring the blockchain pilots to other parts of South America. ChromaWay CEO Henrik Hjelte said:

“Our collaboration with the IDB provides the opportunity for partner countries to take advantage of maturing distributed ledger technologies that have been developed and used in other projects. We are especially excited to deploy these solutions in societies where secure land registration systems can have such a positive social and economic impact.”

The IADB, which is the largest source of development financing in Latin America, hopes that the project, which is to launch next month, can give insights into how blockchain technology can contribute to solving some of the problems of land administration in South America.

Governments of different countries around the globe are increasingly participating in or encouraging the creation of blockchain-based land registries.

Most recently, the Department of Economic Development of Dubai announced its transition to a blockchain-based platform for the single enterprise market. The new system will purportedly make doing business in Dubai more convenient.

The use of blockchain to permanently record ownership rights for real estate and business has been ongoing since 2016. Interest in the technology continues to grow as the process excludes intermediaries that collect commissions in the process of, for example, conducting real estate transactions. It can also lower the risk of fraud, prevent data forgery and simplify the process of checking real estate objects or business debts before deals take place.