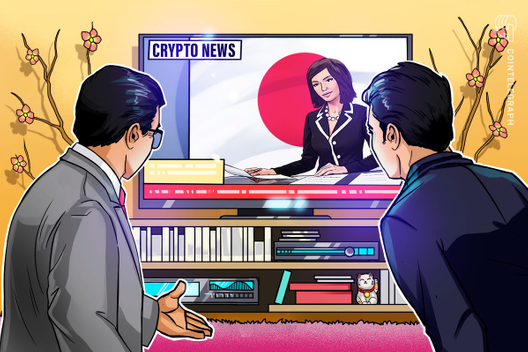 From Cointelegraph Japan: This week’s selected cryptocurrency and blockchain news from Japan.

In this week’s selected cryptocurrency- and blockchain-related news from Cointelegraph Japan, the Japanese Liberal Democratic League said that it will formulate a quantum technology innovation strategy by the end of this year, crypto exchange Coincheck’s registered users are steadily increasing, Mt. Gox trustee extends the submission deadline again, and the SBI Holdings president is thinking about expanding into Europe with security token offerings.

The Japanese Liberal Democratic League for Quantum Technology Promotion, which promotes quantum technology research and development, announced that it plans to formulate a quantum technology innovation strategy by the end of this year. The proposal will include strategies for each of the major sectors, including computers and telecommunications, finance and medical care.

Some fear that quantum computers will be a threat to Bitcoin (BTC). However, Ethereum co-founder Vitalik Buterin is not at all impressed by the perceived threat BTC faces from Google’s quantum computer. He said:

“My one-sentence impression of recent quantum supremacy stuff so far is that it is to real quantum computing what hydrogen bombs are to nuclear fusion. Proof that a phenomenon and the capability to extract power from it exist, but still far from directed use toward useful things.”

Coincheck’s financial results from the second quarter of the fiscal year ending March 2020 show that trading revenue at the virtual currency exchange was down by about 40% compared to the previous year. However, during the same time period, the number of registered users increased to more than 1.9 million by the end of September, which is an increase of more than 6%. Even during the bear market, the number of users kept on increasing steadily. The number of Coincheck app downloads sits at just above 2.26 million.

Cointelegraph Japan reported on Oct. 30 that Japanese financial services giant SBI Holdings Inc. announced that its subsidiary MoneyTap formed a business alliance with the mobile pay service PayPay to develop a charge business using the MoneyTap application, which uses Ripple’s distributed ledger technology. In the future, the company will partner with financial institutions that connect to PayPay.

SBI Holdings further released its latest financial report on Oct. 30, where its crypto-heavy venture capital arm, SBI Securities, showed a surge of 19% in its trading revenue during 2019, turning a $7.1 million loss into a $30 million profit over the year. Similarly to previous reports, SBI continues to outline the growing importance of Ripple’s technology in its remittance division, SBI Remit, as well as the development of Ripple’s xCurrent-based remittances.

President of SBI Holdings Yoshitaka Kitao said during the financial report briefing that he would collaborate with European companies on security token offerings (STO), adding that he is currently in discussions and that more news may come in the month of November. He said:

“STO’s are in the spotlight worldwide, including in the US and Europe. In Europe, we are talking about investing in a company. I’m going to think about it. ”

Nobuaki Kobayashi, the trustee in charge of refunding Mt. Gox users who lost money in the implosion of the Bitcoin (BTC) exchange, has again extended the submission deadline for claims. Kobayashi pointed to the high volume of problematic requests for money, which meant that a five-month extension was inevitable. The trustee filed a motion to seek an extension of the submission deadline at the Tokyo District Court, which issued an order to extend the deadline for a rehabilitation plan to March 31, 2020.