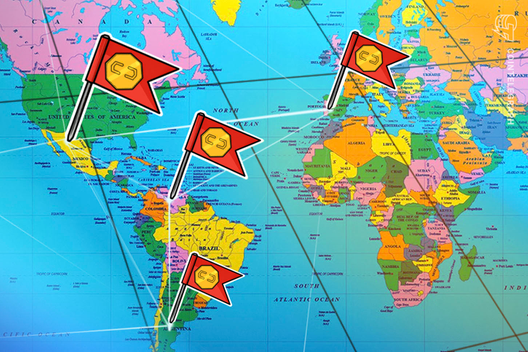 In this week’s news from the Spanish-speaking world, a Venezuelan official claims that all currencies will be replaced by cryptocurrencies, the Argentinian chief of the Banking Association criticizes fintech and crypto, and Spain offers prepaid visa card to teenagers that they can reload with crypto.

Here is the past week of crypto and blockchain news in review, as originally reported by Cointelegraph en Español.

“Currencies will be replaced by crypto,” says Venezuelan official

The Deputy of the National Constituent Assembly of Venezuela, Francisco Torrealba, said in an interview on national channel Globovisión that in the future all existing currencies will be replaced by cryptocurrencies.

“The country is facing a change of time, a generational change,” he said, adding that President Nicolás Maduro is making a “great contribution” to the country by “crypto-monetizing” transactions within the Venezuelan economy. Torrealba concluded his interview by saying that “everything will be from this currency [the Petro].”

Given the Venezuelan government’s history of not delivering on promises related to the Petro, Cointelegraph advises readers to approach news on the subject with skepticism.

Palazzo reportedly said that the emergence of new players in the fintech industry, which he claims have no regulations and salary costs, are “a kind of unfair practice” in relation to financial institutions that do offer employment, and have to deal with the consequential costs. He added:

“That absence of regulations even implies the lack of controls on money laundering and generates computer insecurity […] The virtual currency systems generated by big tech are a threat in that they supplant issuance, a function that the state cannot delegate. Another threat is outsourcing services to countries that offer cheap labor because of precarious worker rights.”

Mexico: Experts agree that blockchain will have a big impact in education

During the INCMonterrey Entrepreneurship Festival held in Mexico, CEO of Collective Academy Patricio Bichara and Juan Freire, academic dean of the Monterrey School of Business of Technology, agreed that blockchain technology will impact the way universities deliver degrees and how people are educated.

Bichara added that, with advancements in digital accreditation via blockchain, the time when university degrees had to be validated from country to country, or from school to school, will be a thing of the past.

Spain: Bitsa offers a prepaid Visa card for teenagers that recharges with crypto

Bitsa Young is a new prepaid Visa card that is rechargeable with crypto and is being offered to Spanish teenagers between 14 and 17 years old.

The Bitsa prepaid card gives the teenagers a multitude of options, without being associated with a bank account. They can use the card to buy online or at any store, withdraw cash from any ATM, make transfers between cards and easily recharge it from a voucher or with cryptocurrencies.

In a statement, Bitsa said that they are offering young people a crypto-friendly account because it is clear that they have a strong interest in cryptocurrencies, “from those who are curious about the exciting universe of cryptography to the gamers who acquire tokens for their favorite video games.”