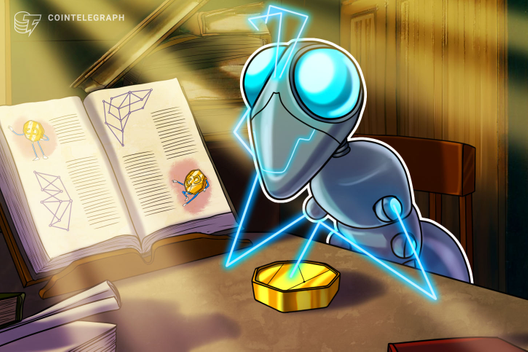 What does the blockchain technology have in common with the invention of the internet and its mass adoption?

When the internet was a fledgling technology, there was a lot of uncertainty. Some people thought it would amount to nothing. Clearly, they were wrong. Today, the internet is a massive, global necessity.

The internet has enabled us to connect to each other around the globe, it allows us to purchase anything we want in one click, and it has given us access to all the content we could ever want. However, the internet also brought about many less-than-desirable developments.

The internet enabled the government and big corporations to surveil us and exploit us for profit. The internet enabled a new business model that removes humanity from humans and views us as datasets that are used for tracking and advertising purposes.

For all intents and purposes, the blockchain is a fledgling technology in its own right. And just like before, there is a lot of uncertainty — even from some really smart people. We don’t yet know if they’re right or wrong. The blockchain enables some extremely valuable use cases, but there is a potential that it could be used nefariously. Just because blockchain technology exists doesn’t mean it’s going to immediately create value for individuals. It doesn’t mean that it will create as much good as the internet did, nor does it mean that it will harm as much as the internet has — it’s up to us to make sure we go in the right direction.

Any address that becomes attached to you personally can completely compromise your financial privacy. Once one address is attached to your identity, all transactions in and out of that address are also attached to you, and anyone can investigate further to learn more.

It only takes one small misstep to completely reveal your history, your preferences, your balances, everything.

The blockchain is decentralized, permanent and immutable – there’s no going back

Any transaction you make on the blockchain is final. Whether you send a transaction to the wrong address or add one too many zeroes to it, once you send the transaction, you can’t reverse it. There’s no Bitcoin or Ethereum customer service center that can help you freeze an account or reverse a transaction.

By this point, you’re probably thinking, “Why even bother using blockchain?” “Blockchain is pointless!” “It has so many flaws!”

I understand where that sentiment may be coming from, but you see, this technology can do certain things better than any other technology ever could — even the internet.

Let’s take a step back and examine how the internet became as prolific as it is now. The origin of the internet dates back to as early as the 1960s, with the U.S. Defense Department’s Advanced Research Projects Agency Network, or ARPANET, in an attempt to send a simple message from one computer to another.

However, it wasn’t until 1991, almost three decades later, that the World Wide Web that we know today came into existence. With such a simple principle at its core, the internet has evolved into a complex and robust ecosystem, which no other technology could replace.

Similarly, at the heart of blockchain lies yet another simple principle: the decentralization of trust. Bitcoin came into existence at a time when centralized structures like banks and governments were using our money and data recklessly for their own gains. The trust that we’ve been giving to centralized authorities, with little to show, can now be distributed between you and me and billions of other people. We’ve been gifted with a powerful piece of technology. A technology that involves and empowers individual people.

The transparency that blockchain offers can make us vulnerable. Decentralization that holds no single entity accountable for loss, and the immutability that can’t reverse transactions, all seem like glaring weaknesses of blockchain — but on the contrary, it is its greatest strength.

Transparency is the key to trust. Without it, our trust can be easily betrayed. In fact, our trust is being betrayed. With no single point of attack, the decentralized nature of the blockchain offers more security, can’t be stopped by government entities and is censorship-resistant. The immutability of the blockchain offers integrity and assurance, and is resistant to outside tampering.

Unfortunately, “blockchain” is often thrown around as a buzzword. The same central bodies that exploit our trust are starting to use blockchain as a disguise for their own benefit, while leaving blockchain’s core philosophies behind.

Take China, for example: The country is wholeheartedly embracing blockchain and even openly announcing plans of a state-operated digital currency. China’s use of blockchain has a devious purpose. The transparency that blockchain offers is now being used for surveillance and absolute control over its people. This will not be the same type of blockchain that we know and trust today.

Analogous to the internet — which can be used in a multitude of ways, ranging from good to bad to evil — the blockchain can also be used in many ways. It can be used for surveillance and control over people, or it can be used to keep checks and balances on those who surveil and exercise their power.

The blockchain could enable the government and big corporations to perpetuate their control on us.

The blockchain could also enable fair governance and inclusion of humanity by making our voices heard, relevant and important.

The blockchain is powerful if it is built by us, the people, with its philosophy of decentralizing trust so that we can empower the people.

With great power comes great responsibility. Now, we are the ones who dictate the fate of where blockchain will lead us. We are the ones who wield the trust that has been bestowed upon us. It’s up to us to set our goals and expectations on what we’re trying to achieve with blockchain. Decentralization is dependent on us, the people.

Transparency is a gift enabled by blockchain technology and given to the people. We must use this gift to hold those in power accountable for their actions. And it is us who shall be held accountable to ensure that this gift is used with its inner philosophies intact.

A blockchain’s success shouldn’t be measured by the amount of market capitalization the market has or the number of people that are using it. Remember, it is still in its infancy. Instead, we must measure its success based on it being used for what it was meant for. If blockchain someday grows as big as the internet, yet people have less power than they do now, then this technology will not have succeeded, it will have failed.

The views, thoughts and opinions expressed here are the author’s alone and do not necessarily reflect or represent the views and opinions of Cointelegraph.

Taylor Monahan is the founder and CEO of MyCrypto, one of the leading blockchain interfaces. Previously, she founded MyEtherWallet. She loves the fast-moving, iterative adventure that encompasses the blockchain space, and looks forward to ushering in the decentralized future with easy-to-use products. Since starting as a simple paper-wallet generator, Taylor has expanded the reach and feature-set of MyCrypto, built a team of talented and empathetic people, and she welcomes new challenges each day.