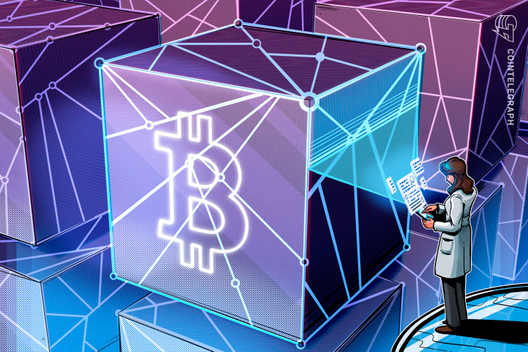 Bitcoin node sync would be impossible without the scalability improvements implemented in the node software, according to BitMex Research.

Bitcoin (BTC) node synchronization would be impossible if it were not for the improvements that have been made to the software, according to the research arm of crypto exchange BitMex.

BitMex Research measured the Initial Block Download (IBD) times of Bitcoin Core software releases from 2012 to 2019 needed to download the blockchain and verify it and shared their conclusions in a blog post published on Nov. 29.

The research team claims that the older version of the Bitcoin Core software may be impossible to synchronize now and that the scalability improvements made to the software are essential to the operation of the network:

“Older versions of Bitcoin struggled to get past the pickup in transaction volume which occurred in the 2015 to 2016 period. Therefore we conclude that without the software enhancements, an initial synchronization today could be almost impossible.” 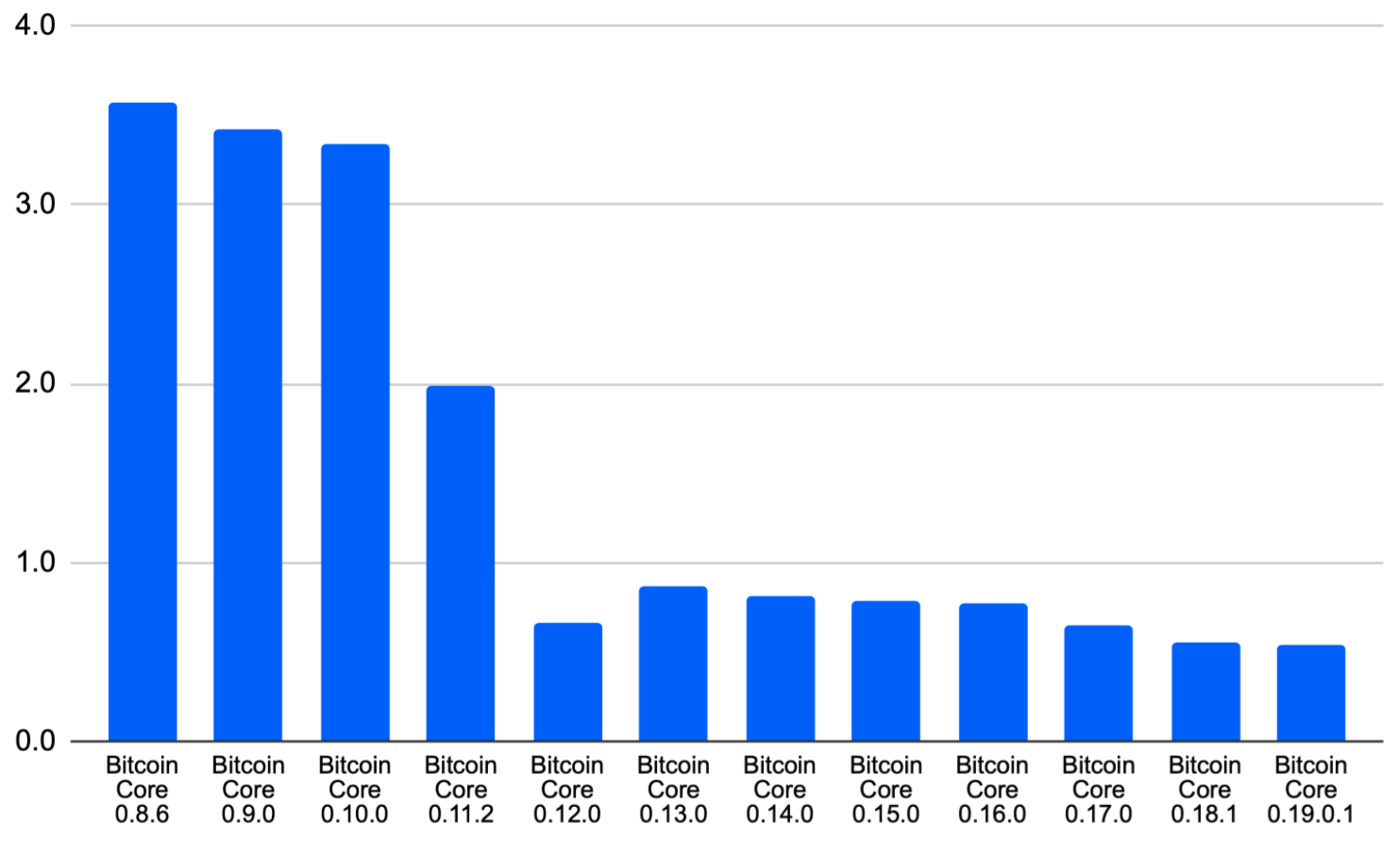 The team also obtained versions of Bitcoin Core prior to 0.8.6, but those versions could not synchronize past the 2015-2016 period. The team also tried to run old software on considerably powerful hardware but to no avail. The researchers noted:

“We then even tried running Bitcoin Core 0.7.0 on our brand new local machine, with 64 GB of RAM and 8 Intel i9 processors, however, the node was still unable to get past 2016. […] The large reductions in IBD times and the inability of old nodes to fully synchronize indicate that if it were not for these scalability enhancements, by now Bitcoin would be essentially dead, even if users had the highest specification hardware available.”

The rate of improvement slowed down

The most significant improvement in speed took place after Bitcoin Core version 0.12.0 when developers adopted a signature verification library purpose-built for Bitcoin in place of a standard one.

This particular version of the node software also does not validate the signatures of Segregated Witness (SegWit) transactions since it did not support them, which further cuts sync times. 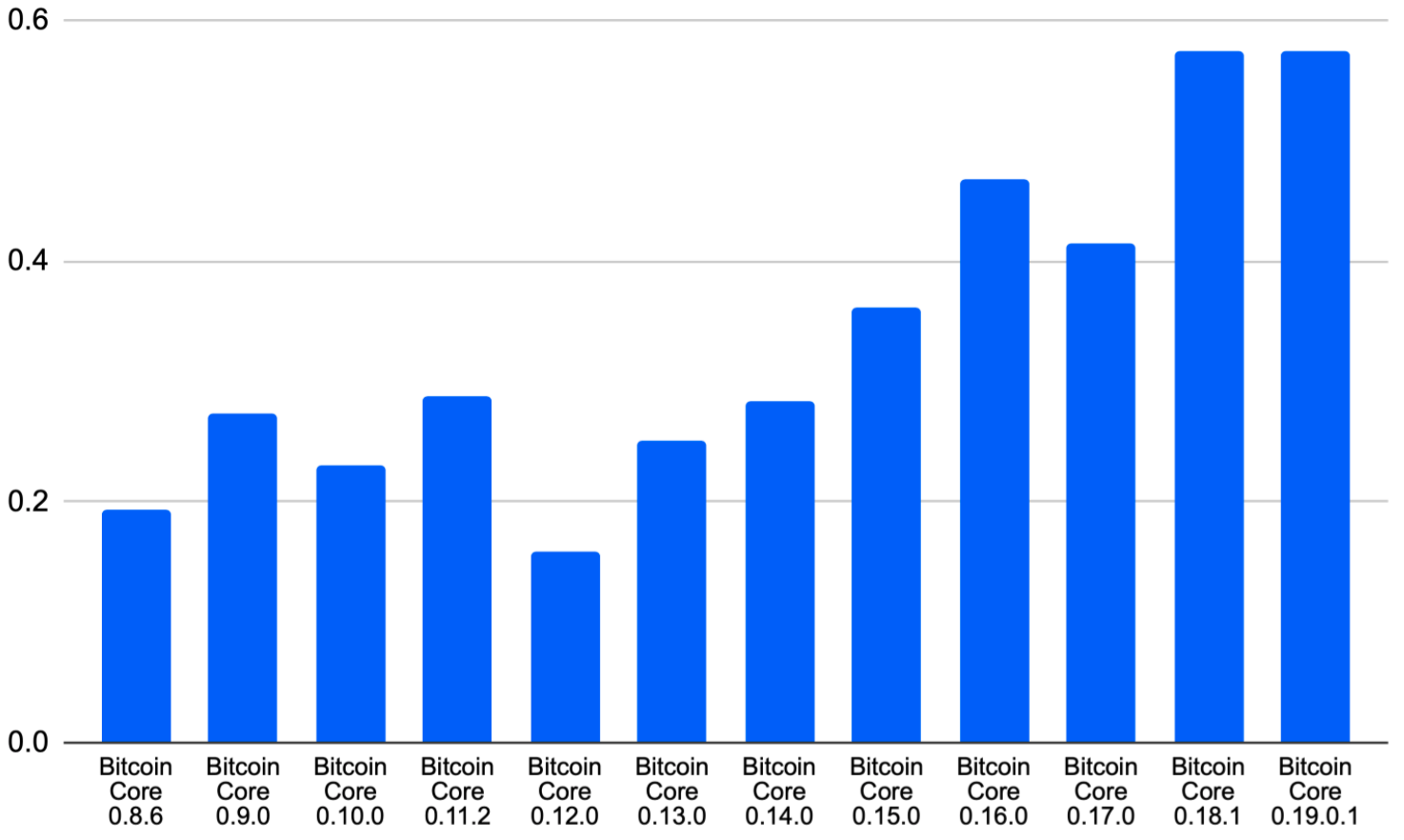 Interestingly, until Bitcoin Core 0.14.0 the scalability improvements seemingly kept the pace and maintained the sync times in a relatively narrow time range. After those initial releases, the popularity of the Bitcoin network and its size started to grow much faster than scalability improvements made to the software, resulting in longer sync times. The BitMex research team concludes:

“The data also shows that technological innovation is unlikely to keep up with the growing blockchain going forward and that IBD times will increase.”

Much of the focus in Bitcoin development was devoted to preserving decentralization, which also means keeping the hardware specifications needed to run a node of the network as modest as possible.

In order to lower requirements, developers also kept a relatively low four-megabyte block weight limit (with SegWit) and a relatively high block time of 10 minutes, which has kept the growth of the blockchain’s size in check.

Currently, the size of the Bitcoin blockchain is 293.37GB, with an average block size of just over 1 megabyte. There are also over 9.5K reachable nodes around the globe today, according to monitoring resource Bitnodes.