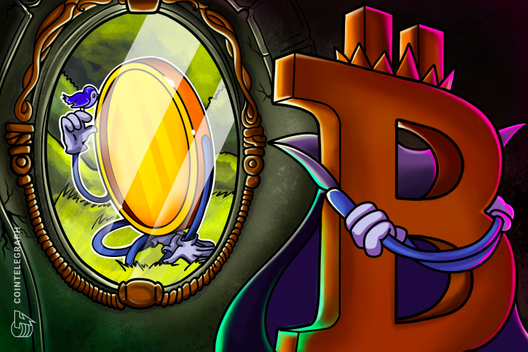 Bitcoin’s tightening trading range and low volume convinced veteran trader Scott Melker to focus on altcoins which have been producing double-digit gains for the past 3 weeks.

I made a 14% gain trading DOCK, 32% on Harmony (ONE), 39% on Fetch.AI (FET), and I closed the last portion of my VET trade for over 100%. I should also mention that I broke even on my ArpaChain (ARPA) trade as I was stopped out at entry. Needless to say, it’s been an incredible two weeks of trading! 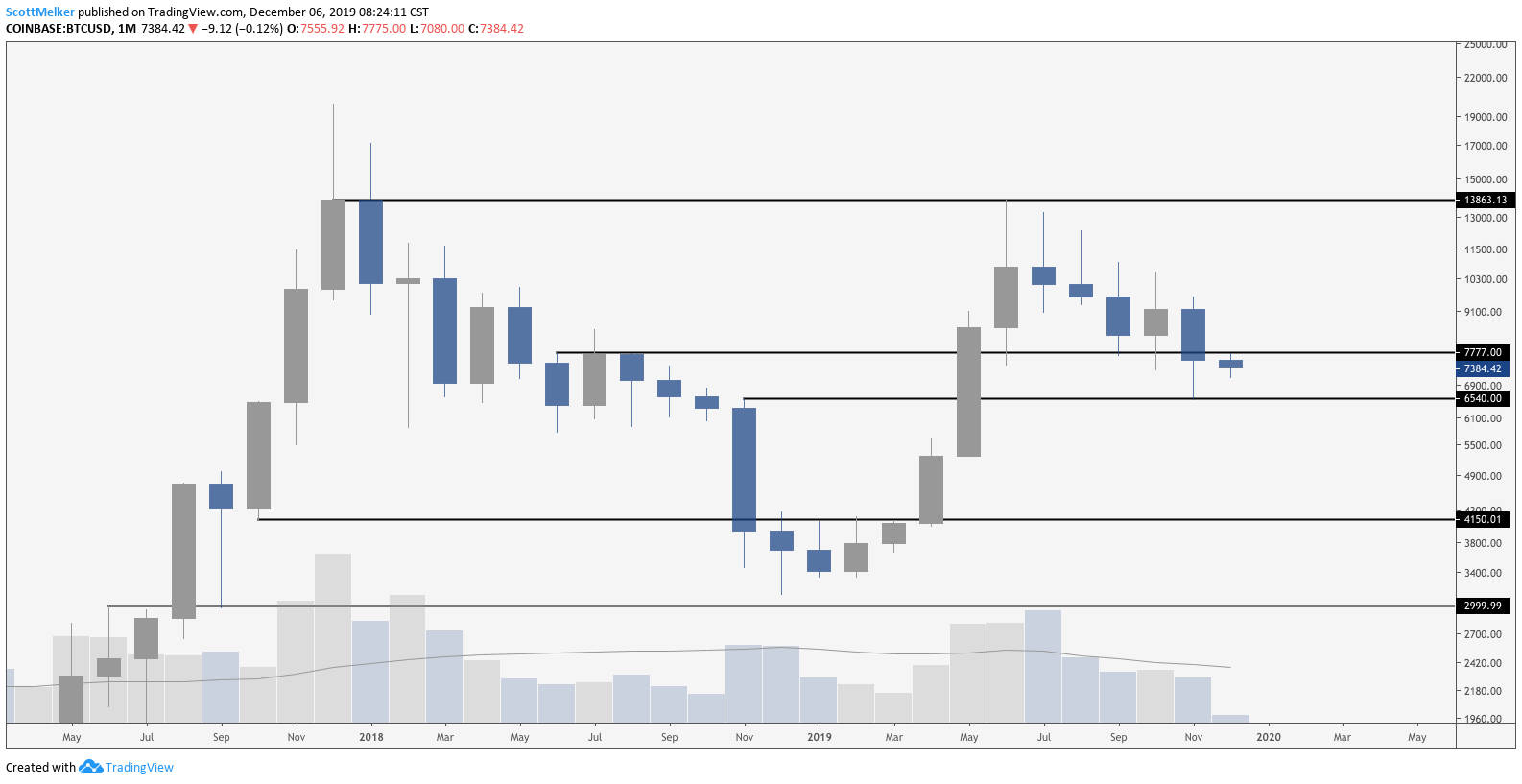 I had been focused on Bitcoin’s monthly chart and hoped for a close above the key $7,777 support to signal that further price appreciation was likely. This is where I closed much of my position from $6,900.

It was not to be, although price did manage to break the line temporarily on smaller time frames. The monthly candle closed at roughly $7,550, which is where I exited the remainder of the position as I viewed the close below $7,777 as a support break.

For now, I will be watching the aforementioned level to see if it flips to support and I will also watch the lower level at $6,540 to see if it holds as support. This would be very simple from a macro perspective. My decision to close the trade at an average price of $7,625 secured a 10.5% gain on the position.

I have been watching MATIC ascend for weeks, missing multiple entries by a few sats at each level of support. While the initial idea is posted below, I missed entries at both .00000212 (sats) and .00000279 (sats).

My late entry was risky as the price had already gone parabolic, but I was willing to take a position in case the price continued to all-time highs. I entered on the retest of resistance as support at .00000348 (sats).

How did it work out? 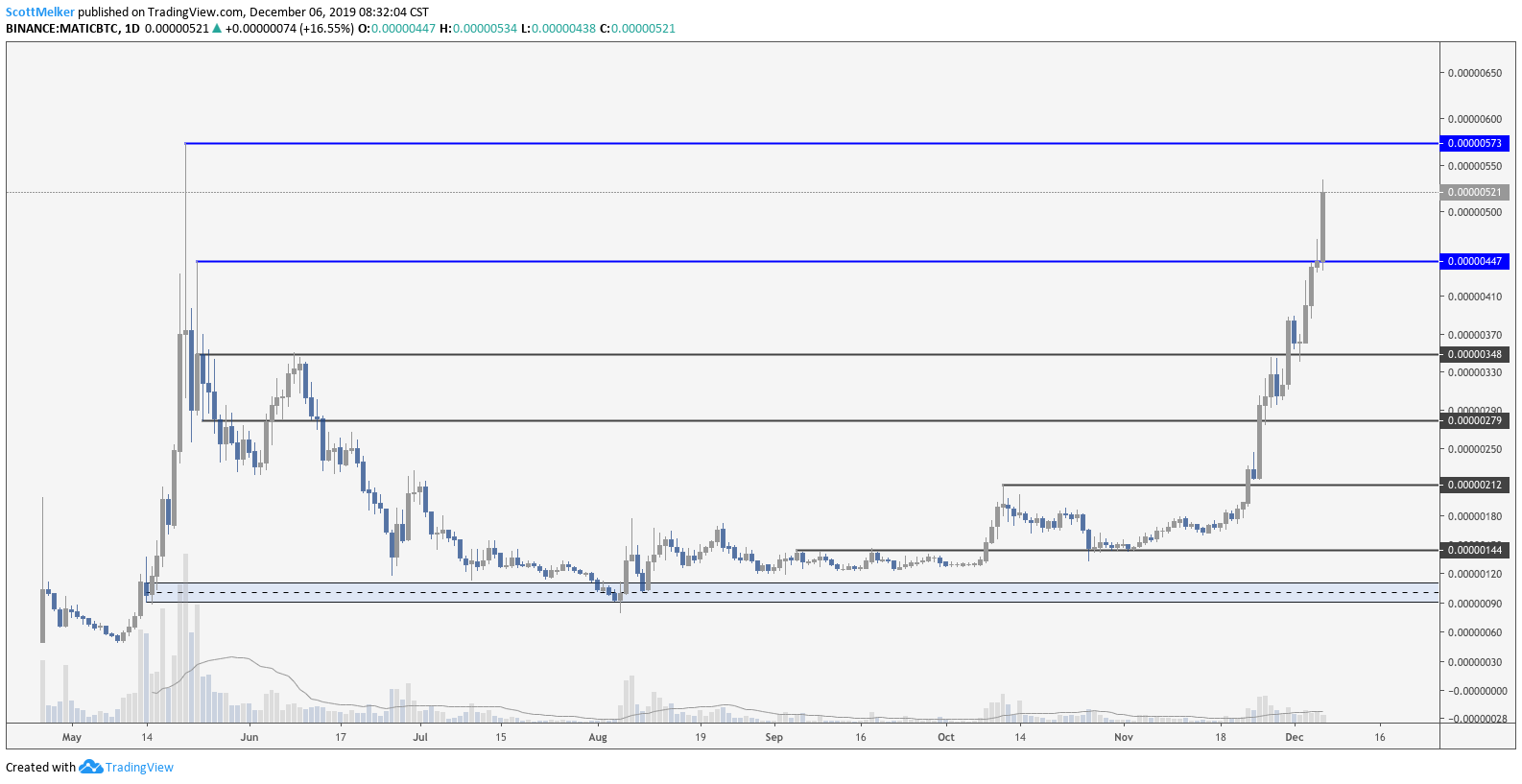 I closed the majority of the position at .00000460 (sats) for a 32.1% gain. I left the remainder of the position in play just in case Matic takes a shot at the all-time high and potentially beyond. 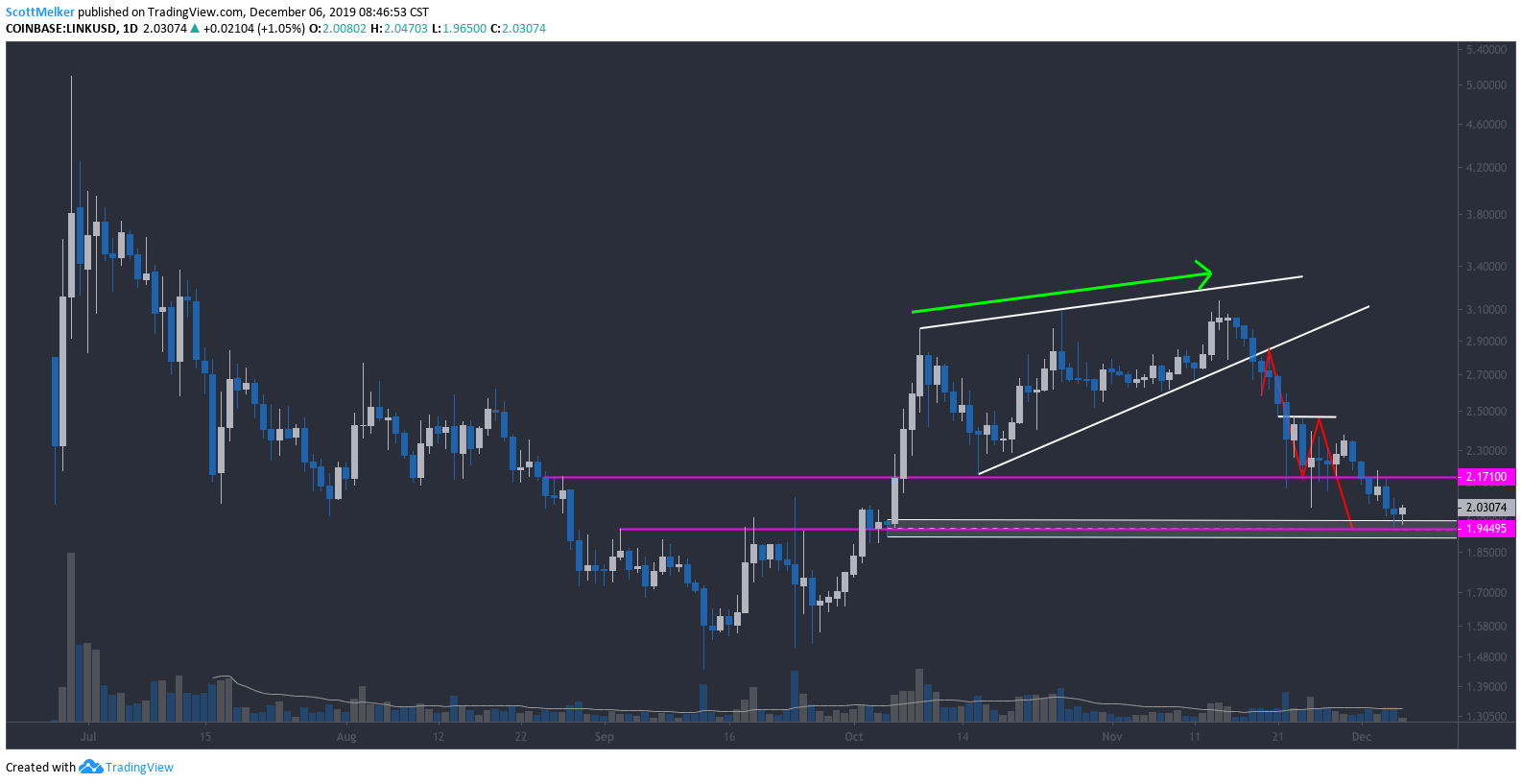 This tweet marks the beginning of a long thread of analysis on LINK versus USD. This was one of the clearest short setups that I have seen in a long time, which has followed through close to the analysis that I offered.

I do not have the ability to short altcoins, so this is not a trade that I was able to take. However, the price finally reached the bottom of the expected move, so I bought LINK looking for the price to appreciate. 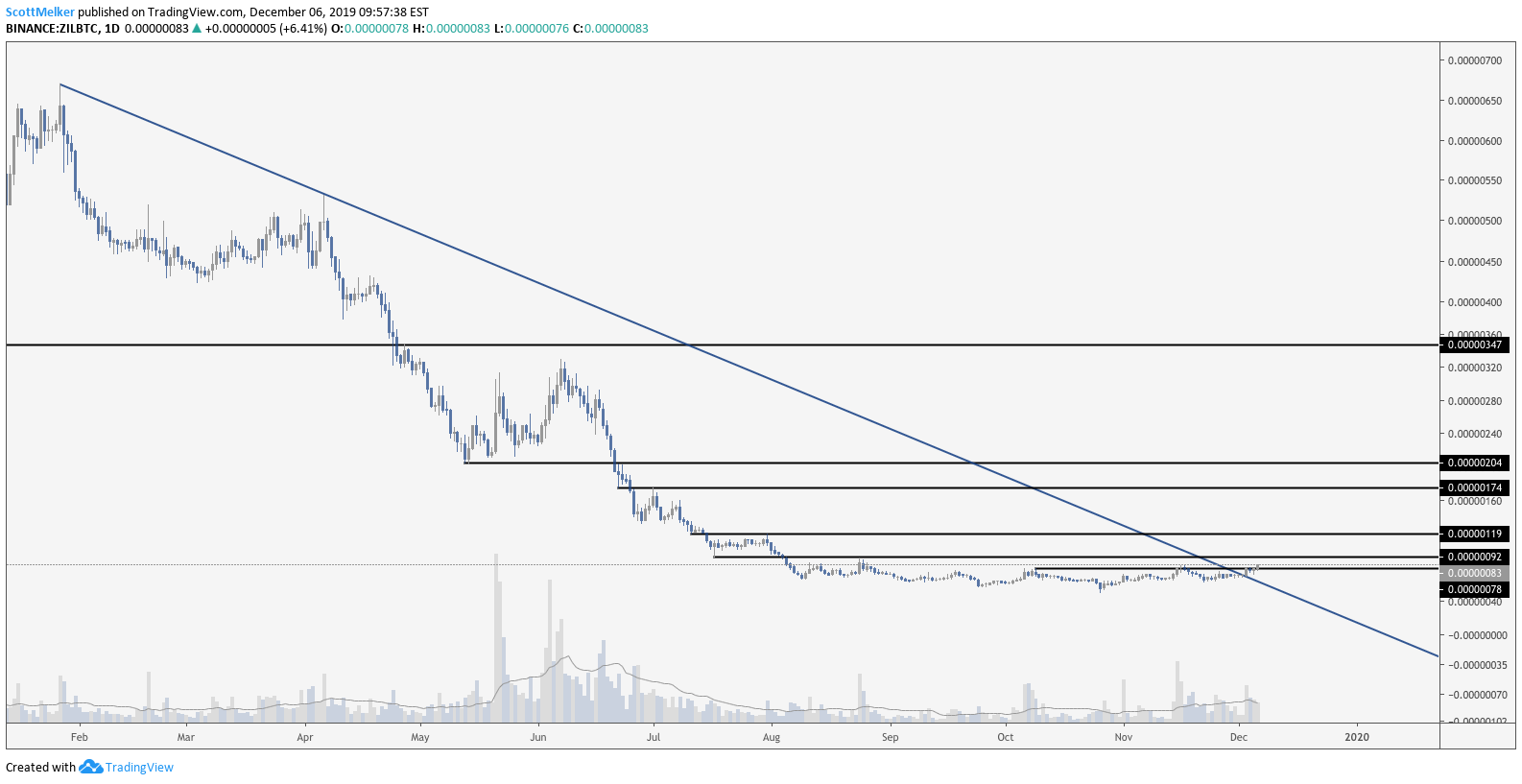 This is a very simple setup that I intend to monitor to determine my exit points, although the black lines on the chart below are solid reference points. I entered at .00000075 (sats) on the break of the major descending line, which signals a break of the downtrend that ZIL has been experiencing for all of 2019.

When the flip of the .00000078 (sats) support occurred this was the first sign that I was looking for and a green light that further price appreciation could occur. For this reason, I entered a position and will detail the results of the trade in my next journal entry.

The views and opinions expressed here are solely those of the (@scottmelker) and do not necessarily reflect the views of Cointelegraph. Every investment and trading move involves risk. You should conduct your own research when making a decision.