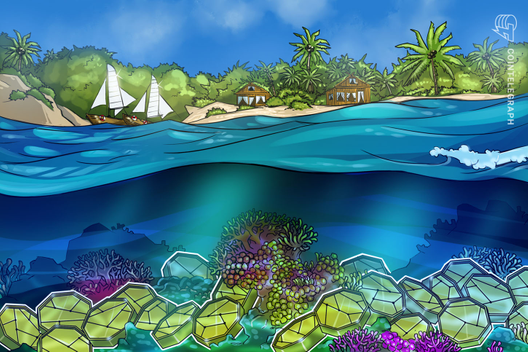 After examining SOV’s white paper, Cointelegraph reached out to the development team to find out if the cryptocurrency was inspired by EOS.

It has been almost a year since the Republic of the Marshall Islands (RMI) unveiled the development of its national digital currency dubbed Sovereign (SOV). The cryptocurrency is set to tackle some issues the RMI struggles with, including high costs of remittances. A crypto legal tender could purportedly create a situation where the solution to costly remittance is “baked into” the monetary system itself.

Examining SOV’s white paper, Cointelegraph noticed that it hints at a Delegate Proof of Stake (DPoS) system that is probably derived from EOS, specifically when it comes to block production. Cointelegraph reached out to Jim Wagner, co-founder and CTO of SFB Technologies, the company behind the development of SOV’s blockchain infrastructure, to comment on whether SOV’s system is based on the EOS software developed by Block.One.

Wagner confirmed that SOV is currently under active development internally, and that the cryptocurrency’s design not only has similarities to EOS, but is in fact inspired by the work of Block.One. He also said that their chain is completely independent, but declined to comment on interoperability or partnerships.

Commenting on the expected/tested number of transaction throughput in transactions per second of the blockchain, Wagner said that these benchmarking metrics will be available soon.

Status of the development

Per the white paper, each SOV will be composed of 100 cents (Sovis). Each Sovi, on the other hand, will be divisible to four decimal places, which makes SOV’s design interestingly different from “traditional” crypto assets.

It might seem that the developers intend to make the coin familiar to people used to thinking about currency in cents, but also aiming to enable microtransactions of lower value.

In response to that suggestion, Wagner said that “it is useful to come up with convenient terminology, but depending on the value and usage, new terminology for different fractions may emerge.”

Speaking about the current status of the SOV’s development, Wagner revealed the following:

“The Marshall Islands is preparing to launch the Timed Release Monetary Issuance (TRMI) in order to introduce the SOV in a gradual manner. The Pre-SOV is a right to receive a SOV unit once the SOV is issued.”

The idea behind the SOV project lies in the RMI government’s pursuit of “manifesting our national liberty,” as well as creating an alternative state currency to the U.S. dollar, which the small island nation has been using for decades. For 40 years, the country had been administered by the U.S. as part of the Trust Territory of the Pacific islands, attaining independence in 1986 under the Compact of Free Association.

In September, the Honorable David Paul — Minister In-Assistance to the President and Environment of the RMI — issued an essay, in which he explained that the RMI chose to issue a second legal tender based on blockchain technology,  because centralized solutions are not workable in a country of a little over 50,000 people spread across over 1,000 Pacific islands.

Minister Paul outlined that the SOV will have a fixed, tamper-proof money supply and that its growth will be predetermined at 4% per year. He further argued:

“We chose to create a fixed money supply with fixed growth because fiat currencies can be remarkably unstable. […] The policies of major central banks are not reassuring, as the gold and bitcoin prices attest. We as governments need to take a more sustainable approach to money, and not treat it as a limitless resource.”

However, the SOV’s development was challenged by the International Monetary Fund (IMF), which warned Marshallese authorities against adopting of cryptocurrency, stating that it will pose risks to the country’s financial integrity, as well as relationships with foreign banks. The regulator urged the RMI to reconsider issuing a cryptocurrency until the government is able to provide and implement “strong policy frameworks.”